Our source has gathered that, “SMAN” started in Zambia as “SMAZ” when a local media platform reported a case of a man Mr Loenard Mweembe, who assaulted his wife after she demanded for money to use for her hair.

He gave her money worth k150 which wasn’t enough for her claiming he is a SMAZ member.

SMAZ member had in November 2020 raise funds and buy 800 capacity plane in Zambia.

Stingy Men Association of Nigeria “SMAN” has so far been adopted by many Nigerians and top celebrities has joined the association.

Here are four Nigerian celebrities that has joined SMAN. 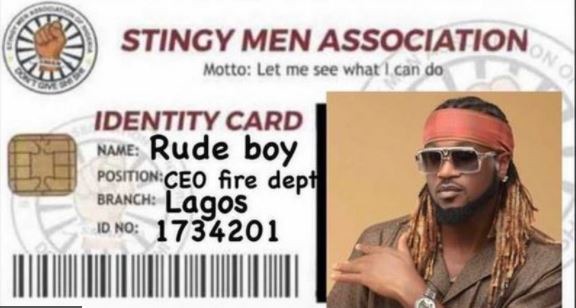 Rude Boy is one of the few Nigerian celebrities that has shown interest in SMAN. Rude Boy posted this on his social media account and wrote “temporary ID card as member. 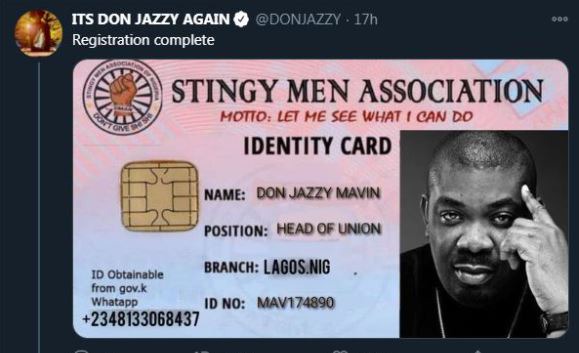 Don Jazzy is one of the Nigerian celebrities that has joined the SMAN. He made this known on his twitter post titled “Registration complete”. 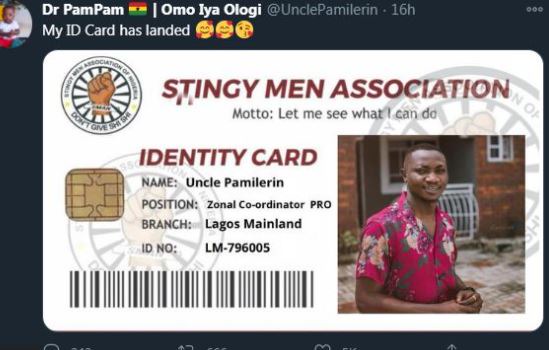 Dr Pampam is social media influence who said  “Dont give shi shi”( No give any money) as he announced his membership. 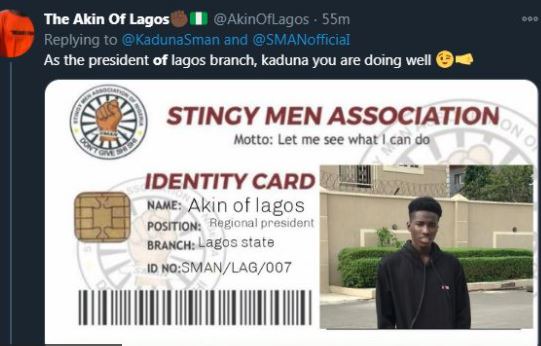 Another popular online influencer, The Akin of Lagos is among the few Nigerian celebrities who has shown interest in SMAN. He join the association and posted his ID card on his twitter account.

Meanwhile, a female version of the association has also emerge and it’s called, ” Stingy Women Association of Nigeria (SWAN). Women across Nigerian has dedicated interest in joining the association.

However, both association is about being stingy to the opposite gender.

Touching What Anita Okoye Said To Her Husband and Brother-Inlaw …